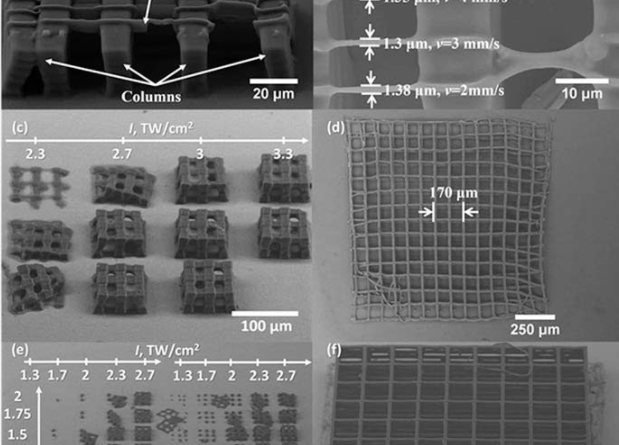 The vast majority of 3D printing materials are made using petroleum. That means that their production affects climate change and the environment. Moreover, there is a likelihood of a lack of new plastic in the future. Thankfully, researchers from all around the world are working to increase the range of renewable 3D printing materials.

Microscopic 3D printed objects made of soy-based resin and its mix with lignin-based material. The resolution is 1 micron. The AESO/VDM mix includes a maximum possible amount of VDM for AESO to dissolve at the temperature of 40 °C.

Recently, a team of researchers from Kaunas University of Technology and Vilnius University, Lithuania, demonstrated a production process of a resin made from soy oil and lignin-based material. The article published in Polymers open-access journal describes the testing of such materials to find out whether they can replace petroleum-derived photopolymer resins.

The researchers claim that their motivation to find the alternate sources was the fact that “due to decreasing petroleum resources, it became crucial to search for alternative materials such as renewable resources [6]. Natural oils are one of the best alternatives for petroleum-derived resins [7,8,9]. Due to their richness in double bonds which can be polymerized or converted to other functional groups, biodegradability and renewability, natural oils became a popular target of researchers.”

Acrylated epoxidized soybean oils (AESO) was the main candidate. This soy-based resin can be cured by UV light or electron beam. AESO is already used in production together with other chemical compounds, such as styrol. The latter is mixed with AESO in order to improve its mechanical and thermal properties. But the researchers note that such compounds are petroleum-based and are harmful. That’s why they researched the mixed of AESO with vanillin dimethacrylate (VDM) or vanillin diacrylate (VDA). Both are derived from lignin, one of the most common natural polymers on Earth.

The key thing about the experiments was lack of added polymers and solubles that often exist in traditional polymers. That increases the chances of the material to be used in biomedicine, microoptics and nanophotonics.

The authors claim that “the avoidance of toxic photoinitiators increases the integrity of biodegradable cell-growth scaffolds and reduces the auto-fluorescence while performing microscopy in vitro or in vivo. The absorbing materials are detrimental for the use in micro-optics and nanophotonics due to their reduced optical resilience and induced signal losses. Moreover, the use of plant-derived materials in such technologies would benefit greatly due to their low toxicity, high biodegradability, and improved recycling options. Finally, it would reduce the dependency on limited and increasingly expensive fossil resources as well as greenhouse gas emission, which are the targets of the European Commission initiated “Europe 2020” strategy.”

After producing 3D printing resin from the mix of such materials, the team used 3D lithography with the Direct Laser Writing (DLW) technology to get microscopically-sized objects. The DLW technology is used to 3D printed incredibly small objects and is utilized in medical and optical research. The team 3D printed linking objects using ultra-short laser impulses.

AESO without adding VDM or VDA demonstrates higher results of cross-linking compared to using mixes. Avoiding VDA was decided in the early stage of the experiments due to long thickening time. VDM, in turn, lowers the glass transition and thermal decomposition temperature, as well as the compression coefficients of the prints. In the end, researchers concluded that VDM can be used as a plastificizer for AESO.

In conclusion the project authors claim that “The smallest achieved spatial features are 1 µm with a throughput of 6900 voxels per second is obtained. The plant-derived resins were laser polymerized using ultrashort pulses by multiphoton absorption and avalanche induced cross-linking without the usage of any photoinitiator. This advances the light-based additive manufacturing towards the 3D processing of pure cross-linkable renewable materials. “ 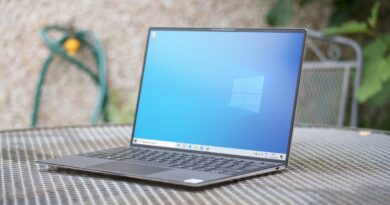 Learn about the three ways of online promotion 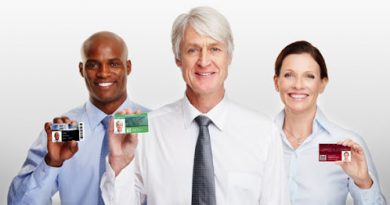