While the two-dose regimen is safe and effective, it may not be enough to fend off variants of the virus. The two COVID-19 vaccines currently in use in the US may be up to 95% effective in preventing infection after two doses, but the pharmaceutical companies behind them aren’t stopping there. Pfizer and Moderna both announced this week that a third “booster” dose is being studied.

A statement from Pfizer confirmed that studies involve participants in two age groups (18 to 55 and 65 to 85). Per NBC News, all were volunteers in Pfizer’s initial phase 1-2 clinical trial, which began in May 2020. Each participant will be given the booster shot, which will be exactly the same as what they were given last year when they received two doses of the vaccine three weeks apart.

During an interview with NBC News’ Lester Holt, Pfizer CEO Albert Bourla said he hopes a third dose of the vaccine will offer better protection against COVID-19 variants by boosting the immune response even higher.

“We believe that the third dose will raise the antibody response 10- to 20- fold,” Bourla said.

Pfizer also announced plans to begin testing whether a modified version of the vaccine works well against variant B.1.351, which was first detected in South Africa in late December.

The company is looking to see if a booster provides an added benefit against variants, which may be more resistant to the standard two-dose regimen, infectious disease expert Amesh A. Adalja, MD, senior scholar at the Johns Hopkins Center for Health Security in Baltimore, tells Health. The hypothesis, as he explains it, is that a third dose will boost immunity, making the original vaccine more robust against variants, such as B.1.351.

What is a booster shot?

Generally, it’s a dose of vaccine following the initial dose or series, which is given to enhance waning immune protection against the targeted disease over time. “The most common example is tetanus, where adequate protection following a tetanus shot is not deemed to be reliable beyond 5-10 years,” Charles Bailey, MD, medical director for infection prevention at Providence St.

However, Dr. Bailey points out that this is different from the situation where repeated doses of a vaccine are required due to changes in the targeted pathogen that render previous doses less effective. “Influenza is the prime example here,” he says. “The effectiveness of each year’s flu vaccination might well last for a number or years, but minor changes in the genetic make-up of the influenza virus on a yearly basis mandate a new flu vaccine ‘cocktail’ annually—comprised of several components targeting the three or four most prominent flu strains found to be in current circulation.”

Dr. Bailey says it’s important to distinguish this practice from what we commonly refer to as a “booster,” because it’s not driven by waning immunity but by elements of the pathogen targeted by the vaccine.

Why do we need a “booster” if effectiveness of the vaccine is already 95%?

Studies showing COVID-19 vaccine effectiveness only gauged the ability to positively impact severe disease, not how long such protection may last, Dr. Bailey explains. “This will be gleaned from what we experience worldwide in the wake of widespread vaccine use,” he adds. “Given the (not unexpected) discovery of variant COVID virus strains that, in some cases, appear to be less fully protected against by some of the current vaccines, the need for future ‘booster’ doses has been discussed.”

Only time will reveal to what extent future additional “booster” doses may be needed and what form that may take. Strategies may vary from one part of the world to another depending on which vaccines were administered and how long protection against a locally circulating COVID-19 strain seems to last,” Dr. Bailey explains. “Much will depend on the future course of the pandemic,” he says, “but having a variety of vaccines from which to craft our strategy moving forward can only help.” 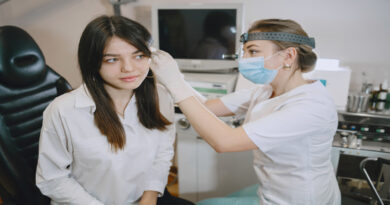 How to Choose an Ear Doctor in 6 Simple Steps? 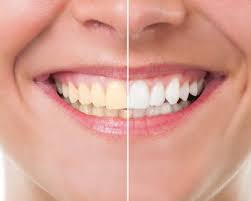 What Are Your Smile Designing Needs?

Spread the love           Plastic manufacturing products have been widely used by most consumers. The plastic products that are commonly used include

What Are The Different Between Infrared Heater And Electric Fireplace

Why Painting services are passion for some one?

Yes There Are Single Bottle Wine Shipping Boxes In the Wine Industry,

The Advantages Of Printing labels online

What are check valves?

Which Has More Caffeine Coffee or Tea?

Is Black Coffee Good for You?

Are You Want To Buy Dates Online?

How to Get Natural Head Lice Treatment?

Invest in your home with professional home appliance repair Edmonton

How To Get Maximum Benefits From Beginners Yoga Retreat

Complete Guide To Make The Most Of Yoga Alliance Certification

How to Choose the Perfect Gym

How Does Physiotherapy Help in Women’s Health?

How Biophilic Design Can Improve Your Lifestyle and Health

Get The Best Paraphrasing Techniques

Beginner’s Guide on How to Grow Weed Outdoors

How Does SEO Company Should Work in After Algorithm Update

Get best roof services from dnbroofing.com

Custom Notebooks with the Quality of Moleskine

Tips To Get Your Low-carb Diet Spot On

7 Ways How Technology Contributes to Healthcare

How Can A Clean Environment Keep You Stay Healthy?

Can arthritis be reversed?

How Seniors Can Benefit from Practising Yoga Poses Every Morning?

9 Best Summer Flowers For Your Garden

Exercise for increase testosterone with ultracore

Why is the sport of boxing so popular worldwide?

5 Things to Remember While Developing Mobile Applications In 2021